The most important thing to me and my staff is that you leave your class knowing the skills that you came here to learn. That is the best value for your money and the best adverting that we can buy when you go home and show your friends and family what you have just learned. Thats why we keep our classes small (typically under 15 students and a high teacher to student ratio (typically around 5 to 1).

We believe in a stepped approach to learning a new skill, stacking the deck in your favor and then gradually making things harder as your skill improves. So when we are teaching you how to do a Bow Drill fire for the first time we use good materials, in good conditions while you are struggling to get your body position correct, your breathing right, the correct downward pressure, your wrist locked into your shin, while your maintaining your balance and bowing level to the ground before we use natural, slightly crooked wood we get from the forest to make an all natural Bow Drill set. Using an “all natural set” on your first attempts, without having the skills , techniques and knowledge of ever making a bow drill fire is a guarantee to frustration and failure. We are not into failure at Midwest Native Skills! 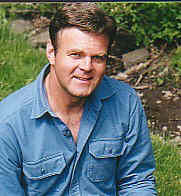 Tom Laskowski, now considered one of the experts in outdoor and wilderness skills, is a graduate of Case Western Reserve University (1978- BS Electrical Engineering / MBA- Baldwin Wallace College 1982). While at college he founded the CWRU Outdoors Club where he served as the club’s president for three years, overseeing the club’s growth from 6 participants to over 120 members.

For the next 18 years, Tom was employed at the Cleveland Electric Illuminating Co. as an Engineer for Cleveland’s Industrial and Commercial customers. During this time Tom also became a certified scuba diver, private pilot and enjoyed motorcycle trips to places like the Alaskan tundra and Arctic Circle. In 1997 he decided to make a career change and transform his passion of perfecting the self-reliance skills of our nations’ frontiersmen (Daniel Boone, Simon Kenton etc) and the skills of the Native Americans into his livelihood and created Midwest Native Skills.

Tom’s past experience of training with Tom Brown Jr., internationally renowned author, tracker, and other leaders in the primitive skills field like Errette Callahan, Daniel Firehawk, Del Hall, Charles Worsham, Robert Berg, and Ray Reitze gave him a broad base of skills. People like Tom Brown Jr. provided insights into the Apache ways of survival while Master Maine Guide Ray Reitze augmented those skills with those of the Mic-Mac tribes of northern Maine and the Cree Nation of Canada. Field experience, testing and perfecting each learned skills was the key in Tom’s success.

Resulting from his field experience in using survival and wilderness equipment Tom developed a new design in Knife Sharpeners and his “Right Angle Survival Tool”, which is more practical, compact and effective than any similar item now on the market. These products were followed by 2 knives Tom designed; the first (called the Aniolek) is a “go to” Survival Knife and the second, an 11” blade “Big Chopper” (called the Aniol), designed to eliminate vibrations to the hand when in use while still being an awesome cutting tool.

Through the school Tom has also produced several survival DVD’s, including two of the most comprehensive Fire Making Videos available. His fire video 40+ Ways to Make Fire Without Matches even documents some of the nearly lost art fire making methods never filmed before and goes on to includes making a fire from such unlikely materials as fires from ICE, soda cans and even the desert Jell-O! The television show “Modern Marvels” used several clips from Tom’s videos in their episode on “FIRE”

Tom founded Midwest Native Skills Institute/SurvivalSchool.com in 1997 to provide comprehensive wilderness training with individual instruction, all at affordable prices. His vision of small classes and comprehensive instructions enabling his students to learn the skills well enough to become a teacher of those skills when they leave class, has been his formula for success.

Recently the survival magazine “American Survival Guide” selected Midwest Native Skills as one of the Top 5 schools to learn Wilderness Self-reliance and Survival Skills in the United States.