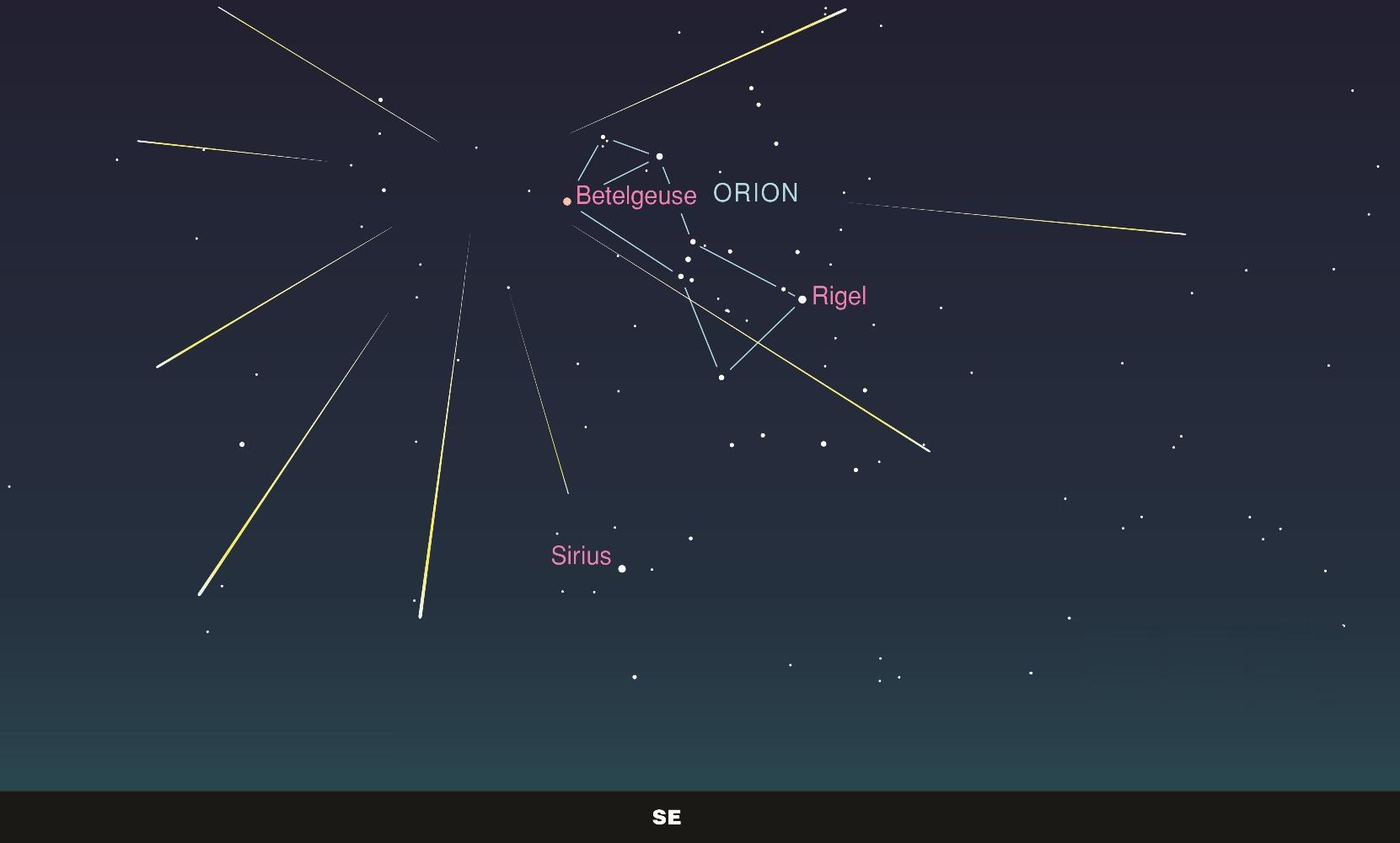 Look up late tonight, October 20, and you will be treated to a veritable fusillade of meteors hurled by the phantom limbs of Halley’s comet.

The Orionids are a parting gift from the comet Halley, which visits the Earth every 75 to 76 years. As the comet goes about its orbit, it leaves behind a trail of dust- and sand-sized particles. When the Earth passes through that debris field, those particles slam into our atmosphere at tens of thousands of miles per hour, generating terrific streaks of light as they burn away. So it is with every meteor shower, regardless of origin.

The Orionid meteor shower has been active in the night sky for the past couple of days, and it will continue blasting streaks of light for a few days yet. Tonight, however, is the big night, when the shower peaks and thus puts on the best show. If the sky is clear and the light pollution in your area low, you might catch up to 20 meteors per hour. These numbers might have been better if not for some particularly bright moonlight—the very same moonlight that made last weekend’s super hunter’s moon so spectacular.