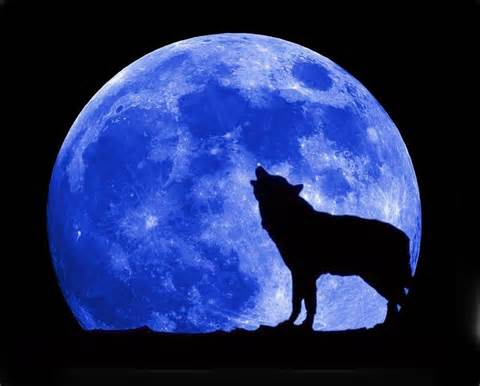 Brief Explanation of the Moon Phases The phases of the moon are caused by the relative positions of the earth, sun, and moon. The moon goes around the earth in 27.3 days, or 27 days 7 hours 43 minutes, on average. This measurement is relative to the stars and is called the sidereal period or orbital period. However, because of the earth’s motion around the sun, a complete moon cycle (New Moon to New Moon) appears to earthbound observers to take a couple of days longer: 29.5305882 days to be exact. This number is called the synodic period or “lunation”, and is relative to the sun.

The sun always illuminates the half of the moon facing the sun (except during lunar eclipses, when the moon passes through the earth’s shadow). When the sun and moon are on opposite sides of the earth, the moon appears “full” to us, a bright, round disk. When the moon is between the earth and the sun, it appears dark, a “new” moon. In between, the moon’s illuminated surface appears to grow (wax) to full, then decreases (wanes) to the next new moon. The edge of the shadow (the terminator) is always curved, being an oblique view of a circle, giving the moon its familiar crescent shape. Earthshine is a soft, faint glow on the shadowed part of the moon caused by the reflection of sunlight from the Earth.

Specifically, Earthshine happens when the light from the sun is reflected from the Earth’s surface, to the moon, and then back to our eyes. Because of this double reflection of light, Earthshine is many, many times dimmer than the direct light of the sun on the moon. Earthshine is even more faint because the moon’s “albedo” (a specific kind of reflectivity) is less than Earth’s. Even though this dim light is only a reflection it can still illuminate some features of the moon.

Earthshine can be best seen during the crescent phases (the 1-5 day period before or after a New Moon). During this time the sun is mostly behind the moon from our perspective and bathing the Earth in a lot of direct light that is reflected onto the shadowed parts of the moon.